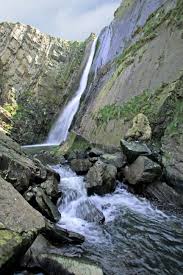 THE WISDOM OF DECISIONS QUICKLY MADE

This story was featured in the Canadian ‘Sediments Literary Magazine.’ back in 2015. It was my first attempt at getting my writing published online. I was trying, rather badly, to emulate one of my writing heroes, Raymond Carver. Which is why the character’s name is Raymond. Here’s the opening lines –

He’d come here to get away. From what? Well, the answer to that is long and laborious. In a nutshell he’d come because a colleague had pulled him to one side in the corridor two weeks previously and told him that his wife was having an affair. I suppose some men might have gone to see the man in question and given him a bloody nose…

PS – if you follow the link you might find yourself confronted by a pop-up that wants you to sign up to Sediments. Please do so if you wish to, but there’s an ‘X’ button (a white one) top right, if you don’t want to. The reason I tell you this is because I’ve just been trying to get the arse-aching thing to bugger off so I can see my story – and I eventually did but not without having to search, goggle-eyed for five long minutes.